RT @Klimaatactie: https://twitter.com/Klimaatactie/status/1042511782437367809
Last Wednesday afternoon a person died during the eviction of the Hambach forest in Germany after falling from a 20 meter high walkway between the trees. We are shocked by what happened. Our thoughts are with family and friends of the deceased. Many of us have visited the gorgeous Hambach forest over the year or have been involved in activism against the ever destructive lignite mines close to the Dutch border.
Citing fire safety rules the German police has started an massive eviction effort last week. Water cannon, armored vehicles, cherry pickers and hundreds of robocops are trying to evict 50 treehouses in the forest. The deceased person was present as a journalist in order to document the eviction and its necessary and legitimate resistance.
The situation in Hambach is not unique. While the climate crisis is visible and can be felt all over the world, resistance against fossil fuels is heating up everywhere, from Nigeria to Australia and from Argentinia to Groningen. Like now in Hambach this resistance is being confronted with ever escalating repression and criminalization. We are sad and angry but we will not stop fighting for a just society on a liveable planet.
We ask everyone to take leaves, twigs, flowers, candles, signs and banners to the solidarity wake at the German consulate in Amsterdam. We will observe a moment of silence and it will be an opportunity to support each other. 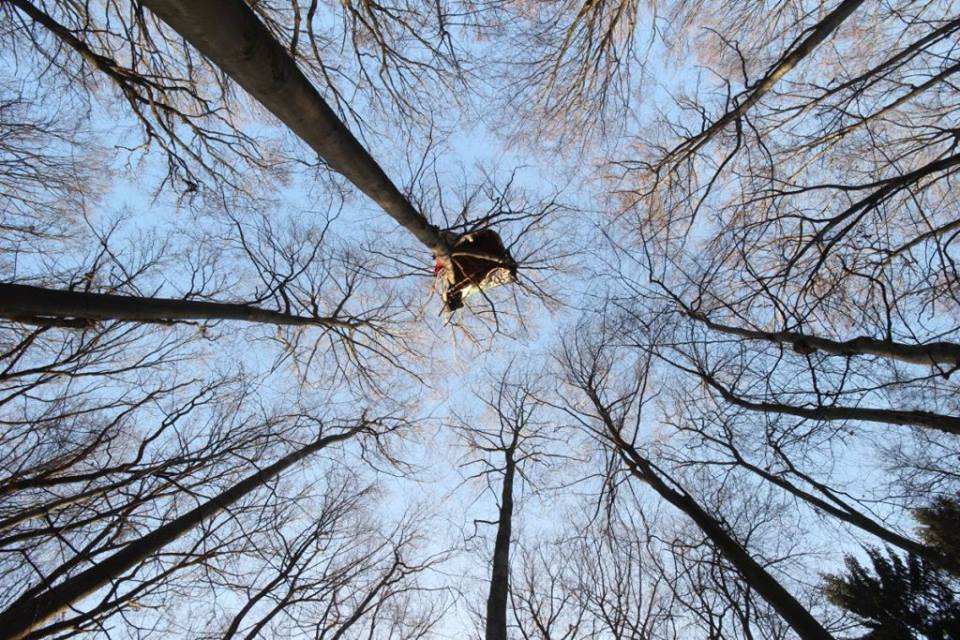 # Hambibleibt
The occupiers of the forest have asked for a permanent stop of the violent evictions in the light of the incident. The government of Nordrhein-Westfalen has stopped the eviction for now.
Code Rood and Groenfront! are supporting the call by a large number of groups to ask RWE to stop enlarging the mine and keep what is left of the forest in place.
We have supported the forest occupation for a long time and we have helped organize the large occupations of the mines by EndeGelaende. On October 6 another big demonstration will take place at the lignite mine, and EndeGelaende will occupy and stop the lignite mine again at the end of October. As in previous years we will organize coaches for travel from the Netherlands to these protests. Join us and and make these protests the largest protests in history and end the fossil fuel age as quickly as possible.