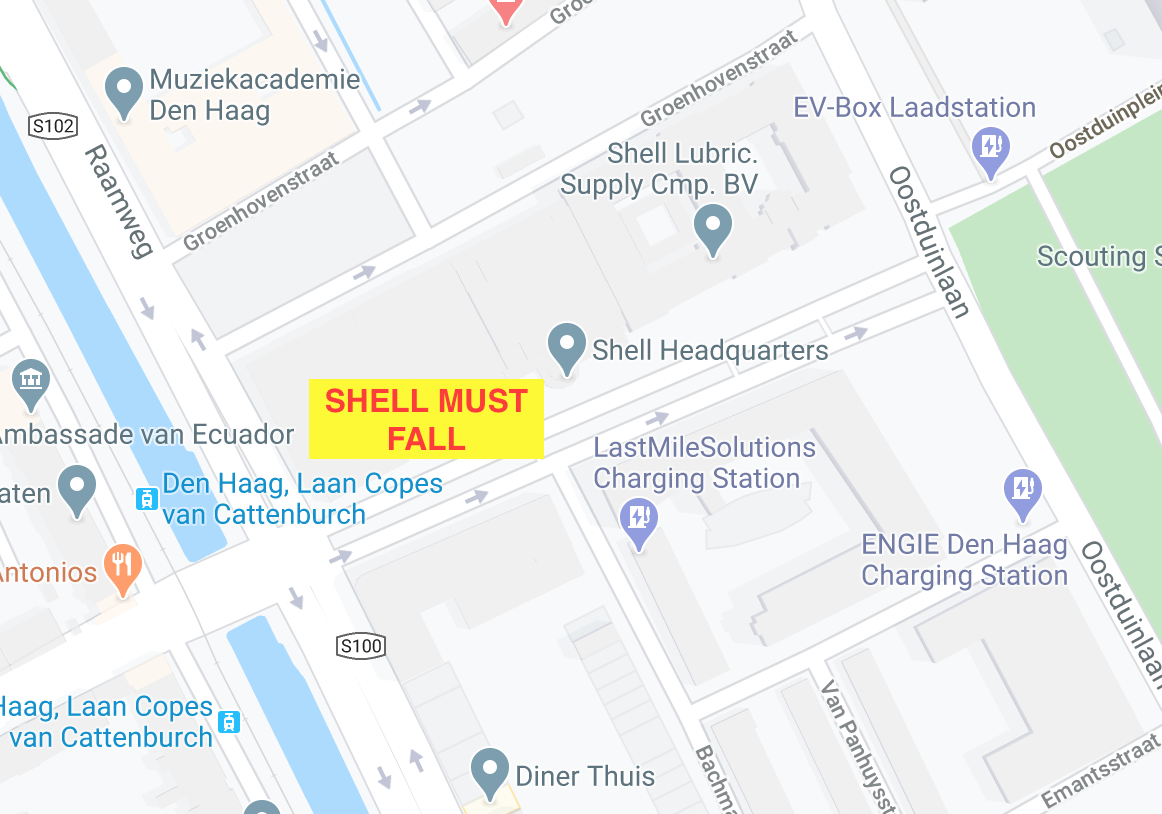 For those who are unable to be in The Hague on the 19th, including those on the frontlines, to accompany the protest that will take place at Shell’s doorstep, we will be holding an online protest, on Manif.app

Like a real-life demo, we’ll have a meeting point (Shell’s HQ), then we will be making a tour of some of the exploitation and ecological destruction being caused by Shell.

1) At 10:00 CEST on the 19th, in a browser (desktop or mobile) follow this link to join us at Shell HQ on manif.app
https://manif.app/…
3) Write your “Slogan” on the bar above the map.
4) Click on “Manifest!”
5) Your little protestor will then show up (in red) on the map. You can drag and drop it wherever you like.
6) Every 15 minutes, we will move to a new location, which will be announced on our social media channels.

Privacy and security disclaimer: Manif.app does not collect any personal data. It uses one single cookie so you can play with your little protestor. After 24 hours inactive, all the information (and your protestor) disappears.

Political disclaimer: Remember. No single action – online or offline – will solve a problem just like that (this is even more valid on structural problems like the climate crisis). To achieve impact, we need to organize and we need to diversify our tactics based on current social needs. A demonstration is, among other things, a show of force and public will in favour of social change.