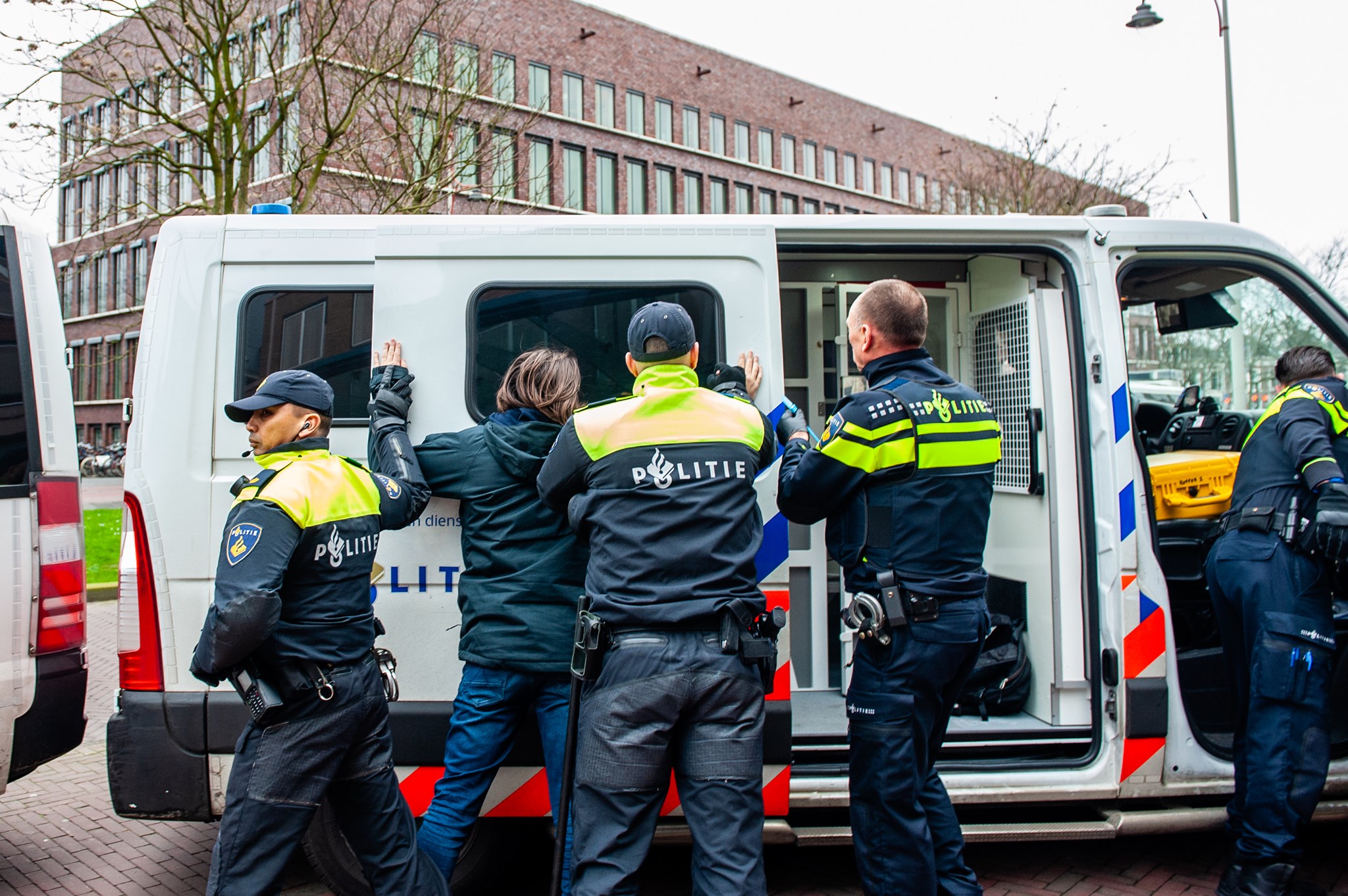 Yesterday during the “Shell must Fall” action in The Hague, 33 Code Rood activists and solidarity Rebels were arrested. So far 4 of these have remained in custody for more than 24 hours. Three have just been released, and the only one remaining is being charged disproportionally and will immediately be put on trial on Monday. During the arrests, police used excessive force which included hitting with battons. This is ridiculous. We will support our rebels tomorrow outside the police station. Bring anything that makes a lot of noise.