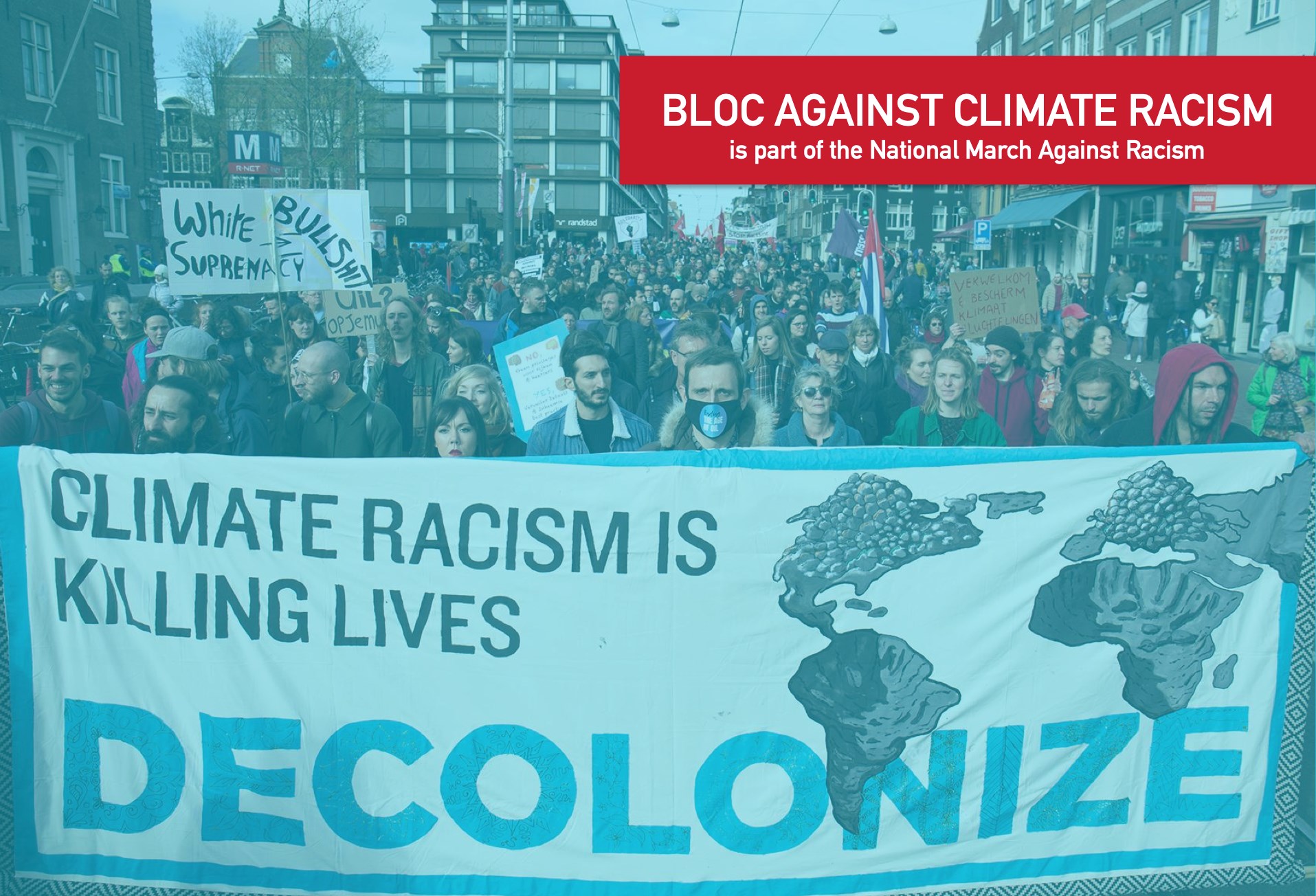 ENGLISH INVITE (short & sweet):
You are invited to get Active & Collective to empower decolonial solutions to the environmental/existential crisis we face.

More info of gathering corner for the bloc will follow in advance to join the march.

Green organisations:
Does your organisation want to support the call for the demonstration against racism 21st of march please sign the following form https://docs.google.com/forms/d/e/1FAIpQLScEF27E1yp6Q9upbk8Izo-0UBIMkqGoWk4q3JWrrf1ZJrf4Aw/viewform

Background Bloc Against Climate Racism:
The Climate Crisis didn’t just fall from the sky but was forged by centuries of colonial capitalist politics and laws. This unfortunate history has been shaped by ideology of human-supremacy and white-supremacy and capital-supremacy. This has meant that profit has been accumulated by violating places and people deemed sacrifice-zones.

For an in depth workshop on Climate Racism to deepen understanding of colonial roots of climate crisis we welcome you to reach out to book a training-day: climateliberationblocnl@gmail.com

21st of March:
The International Day for the Elimination of Racial Discrimination is observed annually on 21 March. On that day, in 1960, police opened fire and killed 69 people at a peaceful demonstration in Sharpeville, South Africa, against the apartheid “pass laws”. Proclaiming the Day in 1966, the General Assembly called on the international community to redouble its efforts to eliminate all forms of racial discrimination (resolution 2142 (XXI)).
https://www.un.org/en/events/racialdiscriminationday/background.shtml

Shell Must Fall! Info-event The Hague

A ´carbon neutral´ economy: strategies to (de)politicize the climate debate